Making a sequel to a cult property can be a huge waste of time. At best you have something that captures the best elements of the predecessor, perhaps making them more palatable for a wider audience. Something like The Road Warrior or Evil Dead II; similar flavour, broader appeal. Most of them don’t reach this goal- some double down or go in another weird direction that makes it a niche within a niche (I will defend Texas Chainsaw Massacre 2 and Shock Treatment until my death) or try way too hard to appeal to the people who enjoy it ironically (I certainly will not defend Samurai Cop 2 and the like). Cult videogames are an even thornier prospect- the “jank” is often part of the appeal, smooth too much of that out and it becomes a less unique experience. While Nier Automata was much more critically and commercially successful than its predecessor, stripping out the neat if basic “word” system for magic in favour of “The Platinum Games Action Template” did give it a been there, done that feeling. I didn’t play Nier for a smooth action experience, I played it because it was interesting. So naturally, when Deadly Premonition 2 was announced (in a Nintendo Direct, no less) I was worried the flavour might similarly be diminished.

That’s a concern we can throw out of the window, as DP2 is less a game programmed and more stuck together with tape. If you have seen any footage from this game, its likely from people clowning on or ironically lauding the atrocious framerate. Patches have made it run better, but it still stutters and hitches when skating, running, or smashing boxes (!) indoors and out. Characters do not appear to have any kind of idle or “in-between” animation, instead making robotic movements and then freezing in place. Memorably, I opened the door to exit the hotel (essentially your homebase) and arrived outside the Clarkson Estate, several kilometres across the map. It’s a bit of a mess.

That’s not to say there haven’t been improvements. Greenvale in the first game was far too large meaning long car trips with an endlessly looping 5 second acceleration sound effect. Le Carre is both much easier to navigate and more interesting as a locale- Swery and his team clearly deeply respect the peoples and cultures of the Deep South. Combat is still a wonky take on Resident Evil 4, but it now includes a welcome dodge mechanic and a lot less fiddling in the menus. You can now improve York’s basic skills and swap between different “builds” on the fly. Enemy variety has also been improved, with some truly bizarre designs. Sidequests are easier to track, and the map even allows you place custom markers. And while basic, skateboarding around town is a lot more fun than bouncing your car along windy roads. 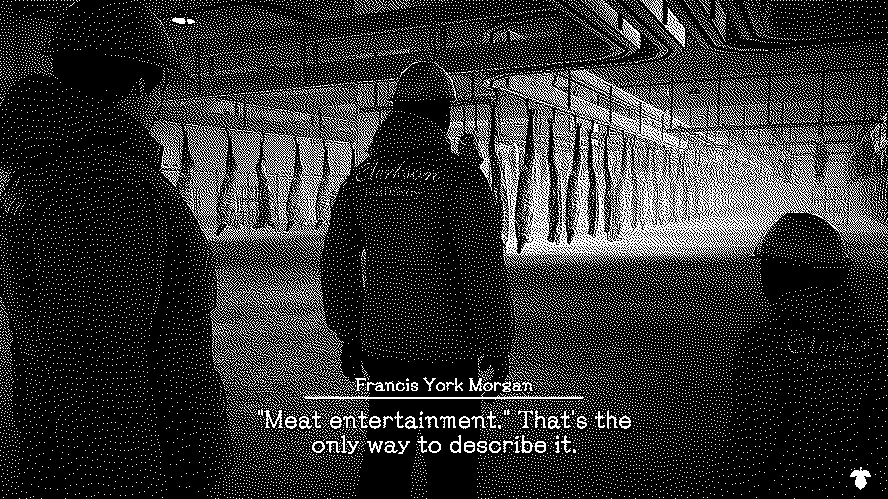 Unfortunately, a lot of this is two steps forward, one step back. Le Carre has a more interesting theme, but it feels more like a diorama than an actual town. The time management system in the first game was fairly unimportant, but it did give some life to Greenvale. Now it’s almost unnoticeable since NPCs are rooted to their places of work, lacking any sort of routine. The only time the main storyline requires you to pay attention to this is when you have to wait to buy a can of beans on a Monday. The improvements to combat barely matter, since the game is so incredibly easy that you’ll never need to use them, which also renders any grinding for materials pointless. The enemies are more distinct, yes, but there’s still only three of them, and they are cursed (blessed?) with some of the worst sound design I’ve ever experienced. The scissor-wielders “FNARR” and “SNIP SNIP SNIP” are burned into my brain, and that the witch type enemy’s death cry gets cut off every single time is simply embarrassing. The sidequests are uniformly menial fetch quests and are completely unvoiced, an objective downgrade from the sometimes quite interesting substories of the first game. Skateboarding is fun, but there is a singular, irritatingly chipper track that plays while you do it, so you’re pushed to use the (mercifully frequent) fast-travel points instead. And most crushingly, York doesn’t shout “Amazing!” when you get a headshot anymore.

This probably makes Deadly Premonition 2 sound like a bad game. It is, at least by most metrics. Perhaps it didn’t have enough time. Or money. Or both. But I’m not in the business of writing about things that I dislike. Nor do I push through 25 hours of something for no reason. There’s a distinct earnestness to the whole proceeding, and the game shines brightest when it is focused on its story and characters. Set both in 2005 and 2012, the narrative uses both time periods to add a dose of fatalism and melancholy to the proceedings. I don’t want to spoil too much, but while there is a mystery afoot its not the main attraction- much like the first game and Twin Peaks before it, it’s more an excuse for presenting interesting characters and peeling back their layers. In Deadly Premonition’s case, that’s placed on the shoulders of York and Zach, something the sequel does well to develop and explore in interesting and frequently depressing ways. The new FBI agents introduced are fairly interesting too, albeit mostly that its interesting to see Zach framed (perhaps not unjustifiably) in an antagonistic lens. It has one of the most memorable endings to a game I’ve ever seen, with reveals that had me choking up and fist pumping in equal measure. 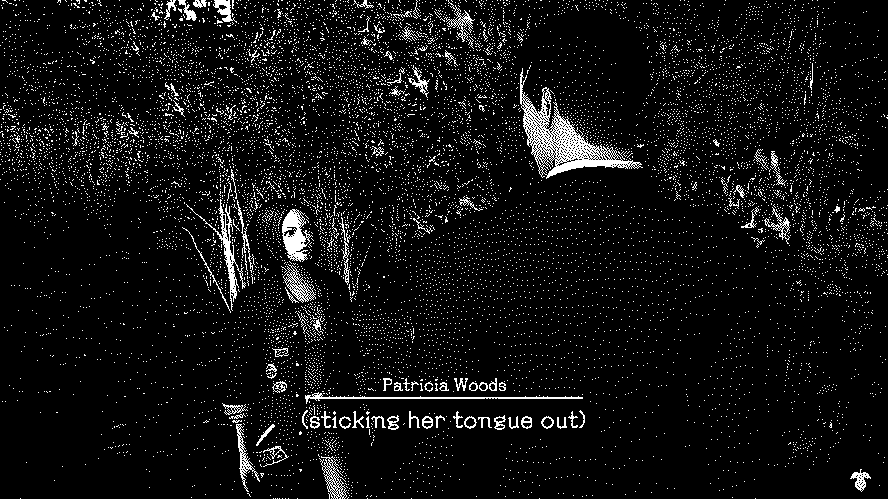 But again, Deadly Premonition 2 is a game. Not a novel, not a TV show. And no, a game does not have to be fun, and of course you can enjoy some aspect of a game in spite of its flaws. But this is the most extreme example I can think of. Its not just that the game isn’t particularly fun, its only worthwhile as a vehicle for its story. The gameplay is filler, it could be replaced with almost anything and it would have the same impact. Two of the four chapters are extended fetch quests. All the main combat encounters occur in the same repeating hallways, with the same enemies, the same music and the same 1 (one!) gun. I can’t believe the people responsible for these elements had any passion for them. They were simply under obligation to take up your time, since the next story beat can’t happen yet. Catherine, for all its issues, is a fun puzzle game as well as a very story driven experience. Deadly Premonition 2 could just be a visual novel. Maybe it should be, but its not like you couldn’t make this formula work.

On August 29th, a special event occurs. A new quest marker appears on the map. I fast-travelled to the location, only to be greeted by a sombre and surreal sight- almost all of the NPCs from the game stood silently, staring out into the waters surrounding Le Carre. A slow version of the Star-Spangled Banner plays in the background. There are wreaths of flowers. It’s a remembrance service for the victims of Hurricane Katrina, an event referenced several times throughout the narrative, and that brought back painful memories for those interviewed during the making of the game. Its an earnest, memorable sequence. 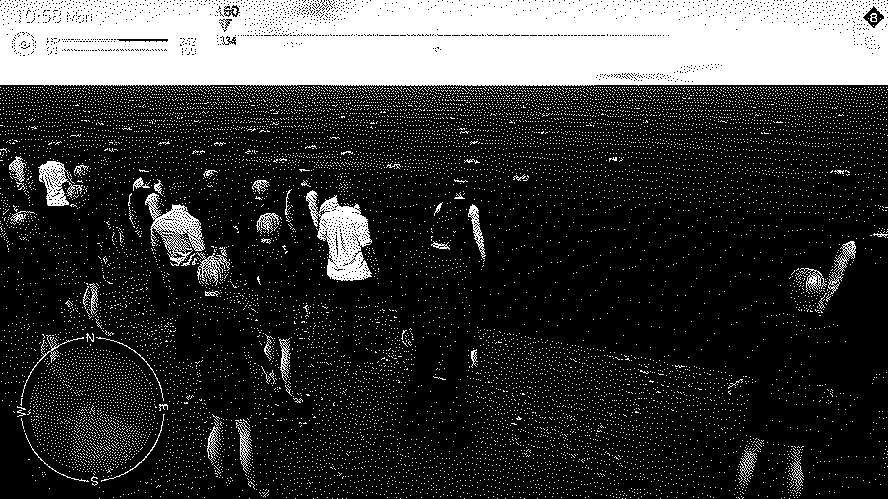 So naturally, the game asks you to go on a fetch quest for 10 flowers to make your own wreath, still playing that chipper theme if you get on your skateboard. I don’t feel this was intended to be disrespectful, but it is kind of the problem of DP2 in miniature- emotional, unforgettable and yet served by gameplay that does an awful job presenting it.

I started writing this article in the summer, when Covid-19 was still seriously impacting daily life here in China. I left it around when I described the August 29th event. I didn’t take pleasure in being so critical of something so strange and interesting. I thought maybe when things got “back to normal” that I’d revisit this article. Perhaps distance would cause me to be a bit more charitable. Well, this is the “new normal”, not “back to normal”, and while the fear of pandemic has ebbed here in Guangzhou, everything else seems so much darker. Whether it is in my home country or elsewhere, I find it difficult to be hopeful right now. So no, unfortunately I don’t really have a more optimistic take on this game, at least, not as a game. But I’m still happy it exists, and happy that I played it. None of the books, music, movies or games that I’ve appreciated this year have been polished experiences. This is on the extreme end of that, granted, but perhaps in this year of isolation, works with an intense personal touch are what I need to do more than just survive. I will remember Zach, York, and this game that shouldn’t exist. I don’t know if I can recommend it- if you haven’t already, I would highly recommend playing the original Deadly Premotion and The Missing instead. But maybe that doesn’t matter so much. So much of online media criticism (including myself here) basically boils down to consumer advice. Maybe its ok that this experience with this game will be uncommon. Maybe that’s why I’m writing it on yet another obscure internet corner I’ve carved for myself. Maybe. 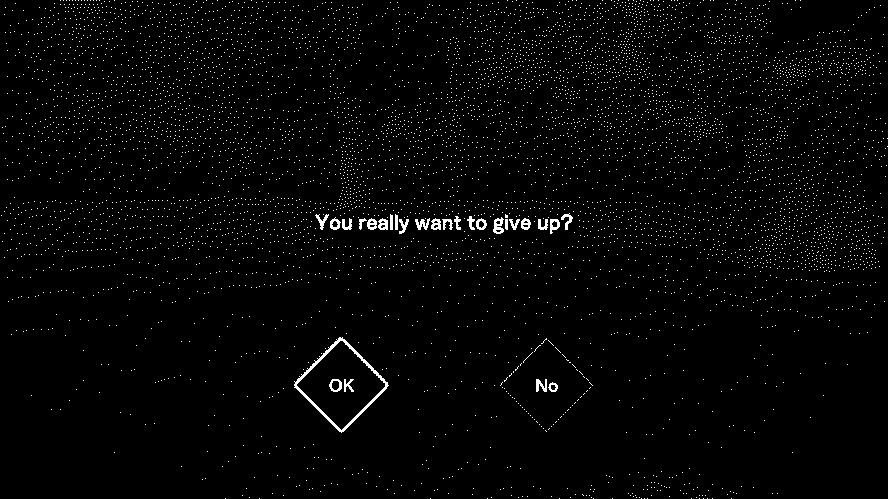 The world is dark, and our minds can be darker. Much of the media we (I) consume is smooth, either sending us down infinite roads of refreshes or occupying our minds for only the moment we see them. DP2 certainly isn’t that. The bad game that I can’t help thinking about. The bad game that made me cry. The bad game I wrote almost two-thousand words on.

Here’s to the rough, the broken, the jagged. I hope there will always be a place for them.