What do you think of when you think of Gundam? Even if you’re not a fan, even if you haven’t seen a single episode, hell, even if you don’t like anime, it’s likely that you’ve at least heard of it. It’s an absolute juggernaut of a franchise, an empire including anime series, movies, manga, light novels, videogames, OVAs, plastic model kits (Gunpla) and even more than one life size statue. Giant robots of all kinds are misnamed “gundams”, endless articles call it the “Japanese Star Wars”, and the venerable RX-78-2 was given the dubious honour of prime placement in the final battle of Ready Player One. But that’s Gundam, the franchise. What of Mobile Suit Gundam, the late seventies sci-fi anime, cancelled before its time? 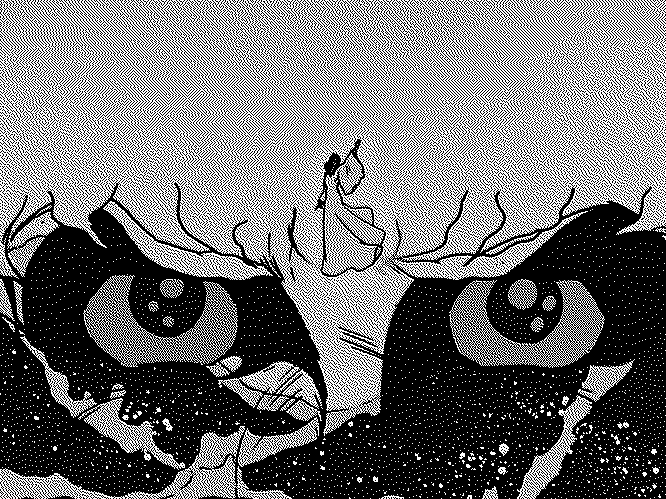 I am, I suppose, a Gundam fan. I wouldn’t label myself as such since it can mean any number of things- much like how a Star Wars fan could love any combination of the three trilogies, except far more convoluted. There are twelve separate Gundam timelines with varying degrees of similarity to each other. Mobile Suit Gundam takes place in the main timeline, the Universal Century (UC), in the year 0079. It is, fittingly, seventies as hell, filled with psychedelic colours, new-agey spiritualism and a soundtrack that veers from disco to prog rock to sappy ballads. I love it. But if someone introduces you to Gundam, it’s unlikely to be this series they recommend. They might recommend the compilation movies, which covers the same plot. They wouldn’t be wrong to do that- that’s how I first experienced the story. It was only recently, under quarantine conditions that I finally committed to it. But there is something about that first series, wonky as it can be, that captures perfectly that bleak yet hopeful atmosphere that I love about Gundam.

So then. Why is the title of this article so negative? Don’t get me wrong, Mobile Suit Gundam holds up remarkably well. Yes, sometimes the titular “mobile suit” is very off-model, the pacing is either really slow or really fast, there really didn’t need to be a combination gimmick in this military sci-fi- but it has so many moments of brilliance that can’t fit in three movies. But that’s the problem. Mobile Suit Gundam is brilliant, despite and sometimes because of the limitations imposed on it. The RX-78-2 (the Gundam of the original series) is only so coloured because of a mandate from the toy company that sponsored it. The mid-season power up too, the fight every episode and the eventual cancellation. It was about as innovative as you could be in that space, but it still retained some of the tropes of the super robot shows that came before it. You could argue that this strange cocktail of the realistic and toyetic is something of the appeal. You might be right. But in its eventual success, it ended up codifying that which was once reaching for the stars. 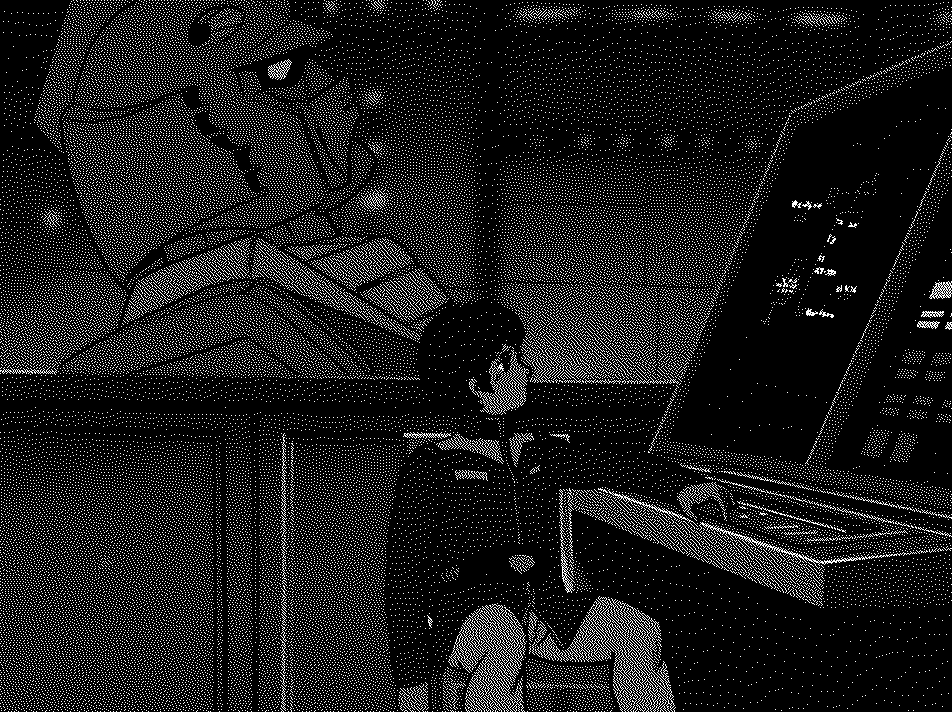 This is not exactly a case of the Seinfeld Effect, in which an innovative and influential show feels less so if you’ve been exposed to that which it influences. Char is still a better antagonist and rival than his endless clones. The Gundam and Zaku are still among the best designs mecha has ever produced. No, the problem is what comes later. While it’s understandable that sequels and spin-offs would have to riff and elaborate on the original, literally everything Mobile Suit Gundam does has been mined and repeated, even those things that were born of limitation. It is the sacred text that holds the Universal Century together, except Bandai doesn’t actually expect you to have watched it. It doesn’t expect you to have watched much of UC at all, except maybe Gundam Unicorn. Unicorn, the show based on the light novel by the Japanese war-crime denier, is an important reminder that franchise decay is not exclusive to the west. Yes, before The Force Awakens was doing the Death Star with more lasers, Darth Vader but angsty and bizarre veneration of the Millenium Falcon, Gundam Unicorn strove bravely forward with the Neo Zeong (the effective Final Boss of the original) but with legs, a Char clone who was so much of a Char clone that he proclaimed himself the second coming of Char and an entire planet of mobile suits from the original series because remember?!

And then there is the Unicorn itself. I actually quite like the design, especially in its less flashy default mode. I’m looking at the Real Grade kit as I write this. But there is something absurd about it. It’s entirely white and grey, ditching the clown colours of the RX-78-2 in the TV show for something closer to its depiction in the novel. And yet, it has a transformation gimmick more absurd than anything that comes before it. Is it because Fukui is a hack and needed a super special Gundam for his Gundam novel? Probably. But it follows in the footsteps of endless entries in the UC, that are uniformly slavish to canon but also must out do whatever came before it. Even my favourite entry in the series, War in the Pocket, deigns to have a super-secret cool prototype version of the RX-78-2 with gatling guns and a folding shield and a full armoured mode- and yes, the Alex is rad and now comparatively simple in its design, but why did this happen? Why did a series that rebelled against the norm become shackled by it? All the tropes and power creep would be forgivable, neigh expected in a super robot show. But this is Gundam, the series that told all that to fuck itself, that only included the clichés from those shows to make it to air. Then it was successful. Why was it successful? Was it because it pushed the boundaries? No, it must just be that particular arrangement of tropes resonated, so let’s just do that. Forever. Gundam went bleaker, went more fantastical, went more personal, went more political. But it never went weirder. 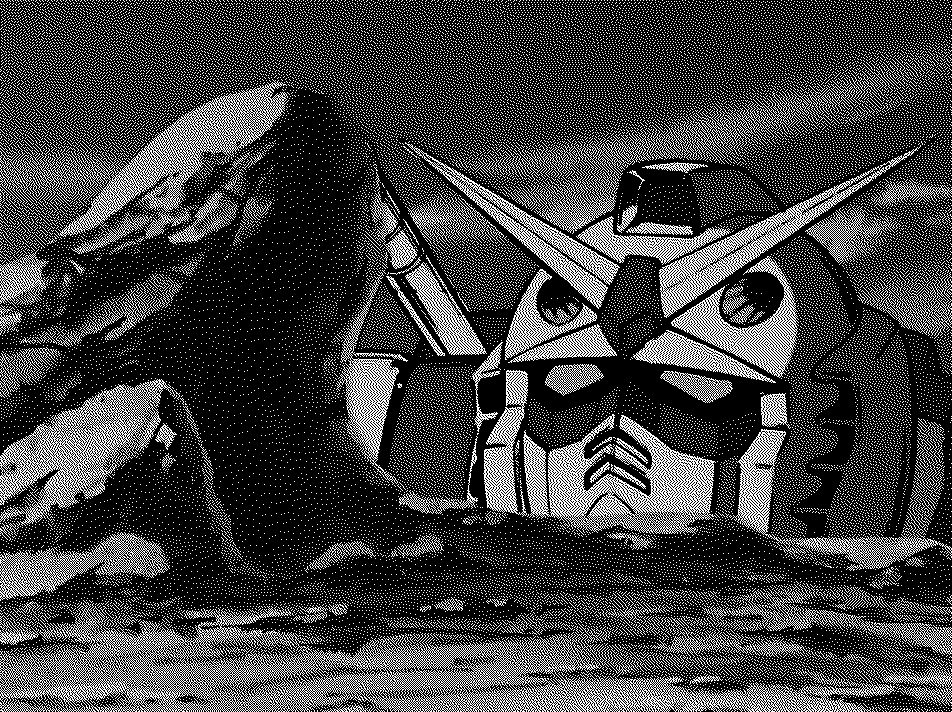 So, there’s hope in those alternate universes, right? Well, yes, somewhat. G Gundam is probably the least Gundam a Gundam could be, swapping dark war drama for bonkers giant robot martial arts. Turn A Gundam seems exactly the kind of strange I’m craving, despite me never feeling like I’ve seen enough Gundam to jump into it. Gundam 00 ditches the binary conflicts of the UC for a War on Terror inspired geopolitical nightmare. Until season two, in which it unifies states into one big bad guy, and has a fight every episode, and has a suit that looks like a smoothed over RX-78-2 and oops it’s just plain old UC again. At one point I suppose you could point to the sheer power of the Gundams in this show as evidence of difference, but considering how far Narrative (the most recent movie) goes even they are starting to look underpowered (this is even more hilarious considering that Narrative is only a few years before Victory, wherein all the Mobile Suits are tiny and don’t fire lasers from every orifice). Therein lies the dirty secret of most of the “alternate” universes- they’re a repackaging of tropes from UC that aren’t bogged down by continuity. While SEED might be the most blatantly similar, bonus points should go to After War Gundam X, which also uses Zakus for no reason, but also decides to replicate the infamous colony drop of the original, but even more apocalyptic in scale. More is more, I suppose.

I’m still a Gundam fan. I wouldn’t complain so much if I wasn’t. Hell, I’ve even enjoyed most of the shows I’ve mentioned. But in revisiting that original story, it did bring an unfortunate fact into focus- most of everything I enjoy about Gundam is contained in that first, flawed television series. That it got so much right on its first go is both a curse and a blessing. I’ll keep watching the new series, OVAs, movies (not as if there’s much else going on in mecha these days), but I’m not holding out much hope for something truly different. Maybe it’s impossible under the banner of Gundam, but while Sunrise is one of the few remaining big players in the mecha business, I’ll hope that isn’t the case. And hell, if you’re looking for something to fill time with, why not give the original series a go? It’s relatively easy to access these days, and while its dated in pace and animation, the central theme of connection and understanding is more important than ever. 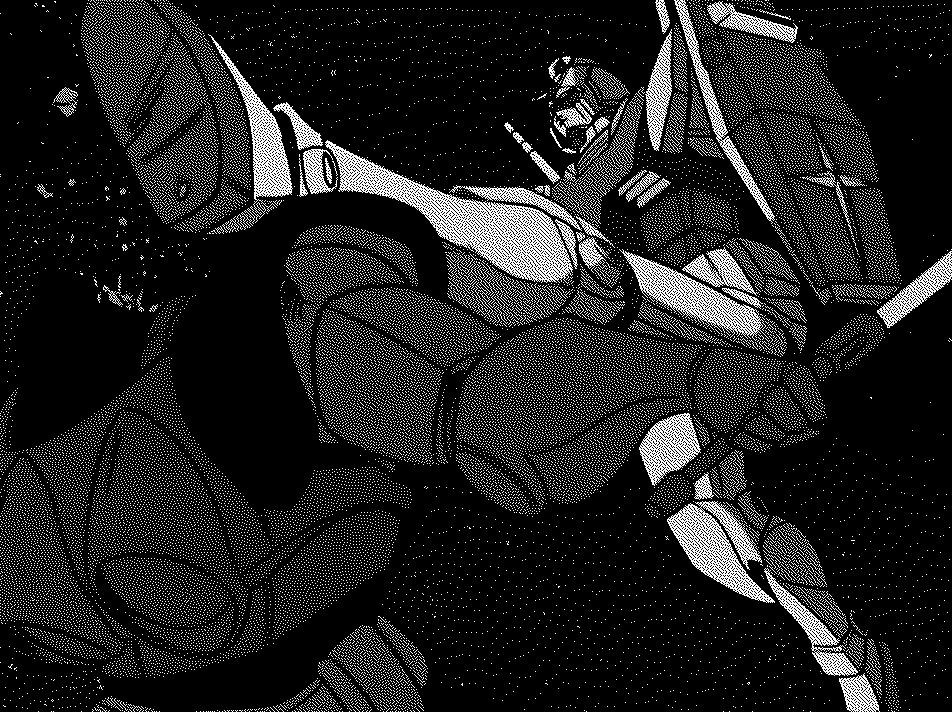