If you’re at all interested in video games, or just extremely online, you’ve no doubt heard of Hades. The heat has died down somewhat, but it has developed an extensive fan base. Personally, I was pushed to play Hades after seeing an online pushback against The Last of Us Part 2 winning “best direction” at The Game Awards. The argument is simple- Naughty Dog put its employees through horrible crunch and made a dour sequel in the overcrowded “prestige Sony shiny sad game” genre, SuperGiant Games did not and made a colourful, imaginative game in the admittedly far more overcrowded roguelike/lite/whatever, and it seemed unfair to reward the former, especially having swept a bunch of other awards. I agreed, and it was on sale on Switch, so I picked it up. I’ve “beaten” the game several times. The music is fantastic, the character writing charming, and the combat (while fairly unremarkable on the face of it) is satisfying and has all those fun mutations and synergies you’d want from a roguelike. And yet. None of this is Hades unique selling point. No, that would be how it combines storytelling and the roguelike formula- which while clever is the “exploitative heart” the title refers to.

Exploitative probably seems like a strong word. I wrestled with this word myself. I’m not wanting to demonise SuperGiant- I think they’re a talented studio, and the huge amount of well written and voiced dialogue in the game is astonishing. You’re rewarded with this dialogue at a pretty steady clip too- this is the element that has led several think pieces to declare it a “roguelike for people who don’t like roguelikes” since even in failure the story continues. At first. Then you clear the final boss for the first time. This was incredibly satisfying! But the story was not over. Well, no matter. I beat it once, I can beat it again. I took a victory lap. I didn’t succeed, but whatever. How many more times could it take?

A lot more times, it turns out. The game encourages you to beat the final boss with each weapon, and it turns out I had beaten it with a fairly busted combination. Well, ok, fine. How many times do I need to beat the game to finish the story?

Ten. If we assume that I succeed every time, this is a minimum of three and a half hours. This is also extremely unlikely. But don’t worry, after that, there’s an extensive epilogue to reach for, and did you collect all the fish, and what about maxing out the relationships… and on. Ok, so the endgame is long. Why is that exploitative? To me, the mechanics of a game become exploitative when something other than your enjoyment becomes the driving force of completion. I admit that’s subjective, both in terms of definition and what constitutes “enjoyment”, a word that becomes thornier when we consider horror games, so-called “walking simulators” etc. Hades is definitely a game that is meant to be enjoyed. And I simply don’t anymore. The only reason I would have to keep playing is to see the ending. But there are hundreds of thousands of people who have put hundreds of hours into it. It could be that Hades isn’t a game for me- no big deal, plenty of games to try. I sat the game down, and by now haven’t played it in over a month. 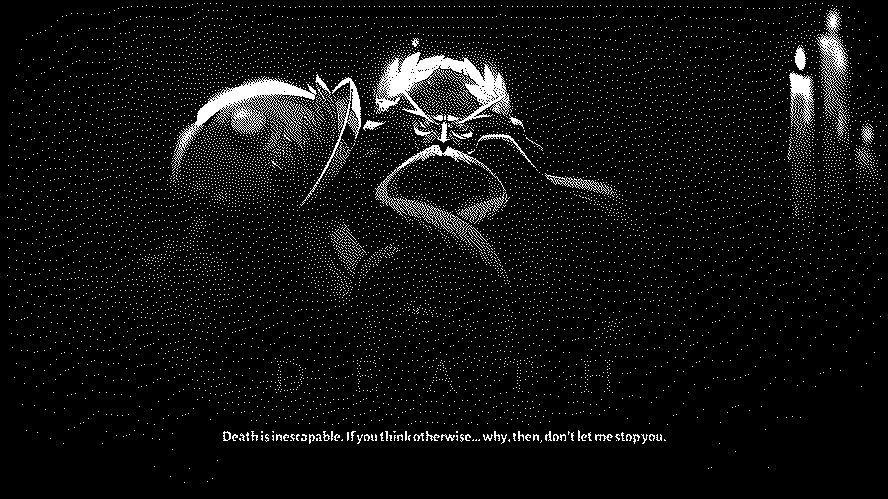 I was listening to the 2020 game of the year bracket on the podcast “The Besties” (it’s a good podcast, and could do with more listeners, so do check it out!). I wasn’t surprised to see Hades make its way up the ladder; it has ranked highly across multiple publications. I was, however, surprised by the reasoning from one of the hosts: “Every time I beat it, I’m finding these justifications for why I want to play more… Hades is giving you thirty different loops every time you’re playing.” This seemed a strange sentiment to me. Does a game having more progression systems make it better? I can agree that in some ways, Hades is a remarkably generous game. All the weapons are extremely different from each other, and the game gets wider and wider as you progress, adding so many extra things to consider. But you still have to go through the same maps. The same final boss. The admittedly clever “Heat” system (which allows you to up the difficulty in varied aspects) feels more like a way to efficiently maximise the use of assets than provide a varied experience. I’m not an expert in roguelikes, but even in my limited experience, this feels a downgrade to something like Nuclear Throne or Dead Cells. Both of those games may have less “content” than Hades, but both allow you to go via different routes, see different bosses, even take shortcuts if you have enough skill. This is an objective deficiency that seems to not matter to most who play it, and while I’m not contrarian enough to suggest that these people are wrong, there is something worth analysing here.

YouTube game critic SuperBunnyHop interpreted this as a way of presenting the proto-existentialist narratives of Greek myth- one must imagine Sisyphus (present in the game as an adorable himbo) happy, and so you will do the same thing over and over, which in theory contributes to the narrative, and you shall also be happy. Normally I’m a great proponent of mechanics driving storytelling- I loved Death Stranding, a game that is divisive but one that SuperBunnyHop also lists as an example of a story-driven by mechanics as much as admittedly overlong cutscenes. I agree in that case. I do not agree in the case of Hades. Asking a player to do the same thing over and over, pulled along by additional trinkets appearing in the hub, level-ups and the eventual pay off of the story does not make a grand existentialist point. It merely exploits how the human brain enjoys numbers going up and the “completion principle”- the need to change an uncertain outcome into a certain one, the frustration you might experience in seeing a puzzle missing a singular piece. A game that tried to make this point is Cookie Clicker, but that became so accidentally successful that the joke of “haha you just click a cookie that’s the whole game” birthed the entire genre of idle/incremental games. Despite the nakedness of the premise, this hasn’t stopped people playing it, sometimes for years on end. Perhaps they were in on the joke at first, but not anymore. The hooks are in place.

For many gamers, it seems that financial exploitation is the only kind of exploitation that matters. A game can abuse your psychology as long as it is not abusing your wallet. In breaks at work, when my brain is frazzled, I sometimes play “Pixel Puzzle Collection”, a picross/nonogram puzzle game themed around Konami games from back when they made those. It’s free, and not in the usual way mobile games are free. There are no ads, no loot boxes, no prompts to buy later levels. Despite this, the meatier, far more interesting puzzles are locked behind a timer- once you beat one, you must wait three hours for the next. In theory, this builds audience retention- a puzzle fiend can’t just bash through all the content and then uninstall the app. But when there is no monetisation, what’s the point? No doubt I’m providing useful metrics to Konami, in case they want to do a game in this format again, though I guess the more likely answer is that they’ll add monetisation later. Yes, as it stands, this is just a mild annoyance, and I should accept some level of manipulation from the nightmarish collection of Skinner boxes that is mobile gaming. It doesn’t change that it IS manipulation, that it IS an arbitrary way to keep people coming back. And while it takes a while to show its face, this kind of manipulation is the driving force behind over half the run time of Hades.

Why not just stop playing? I mean, I did, but I’m still complaining about it, in a way that I don’t about The Binding of Isaac, a game so overstuffed with expansions (with another on the way) that I have no hope in ever finishing it “properly”. This is true of many roguelikes- the vast majority go “uncompleted”. The vast majority also do not hold the narrative hostage behind this checkboxing. You can drop them and pick them back up any time you like. Hades, on the other hand, would be best experienced by seeing each story element as close together as possible, in the same way, I wouldn’t recommend reading a book with months between the chapters unless you have a Tim Rogers-esque memory. A book, however, does not require you to re-read the same story over and over to have an additional chapter placed at the end.

Why does this bother me so much? It could be that I’m more sensitive to this kind of thing. I’m aware that in low spells I have pushed through things I haven’t enjoyed just to get that vague feeling of accomplishment from finishing something. It could be that in a pandemic we’re all a bit more forgiving of a time sink. But games have been praised for their addictive nature for a long time, and the acceptance of this (as well as binge-watching TV series) as normal and good as long as it doesn’t financially drain people bothers me. Genshin Impact may be slightly more charitable than the average “gacha” game, but are we so desperate for Breath of the Wild 2 that we’re willing to put up with that? Breath of the Wild, a game that is as respectful of your time as you want it to be, transformed into a game that only starts to introduce the infamous discomforts of the free-to-play game when you’re good and comfortable… feels perverse, somehow. Hades is similarly two distinct games- a fun action RPG for 10-20 hours, a grinding slog for the next 30. You can disagree with me, of course, and more power to you if you can find that whole experience fun, but look at the way this article, written by someone who did consistently enjoy Hades, speaks of it. Something to quit “cold turkey”. Something that affected the writer's sleep. Yes, personal responsibility does factor in somewhere, I’m not suggesting we are all purely at the whims of the content we consume. But that these hooks, tricks, whatever you want to call them can have this impact on a person shows that there is more to exploitation than the draining of wallets.

I don’t believe this was on purpose, some sinister plan to keep people in their ecosystem for the maximum amount of time. If it was, it’d certainly be free to play. No, it’s more likely just a response to the trends of the day- even games that are not “live services” are expected to be updated to keep player interest, and even single-player, offline games have ballooned in length compared to the previous generation. Do I want to return to the PS3/360 days, when full-price games could run less than five hours? No, not really. But this trend of the lifestyle game worries me- if not for the whole industry, then at least my personal enjoyment of it. It was easy enough to avoid by not playing triple-A games, but if indie games also follow this trend then there will be even less to look forward to. Of course, there will always be more to play. I don’t want to be like those people who complain that music is worse nowadays. There is always stuff to listen to. Always stuff to play.

I just hope that in the mainstream, indie or triple-A, there will always be an escape.